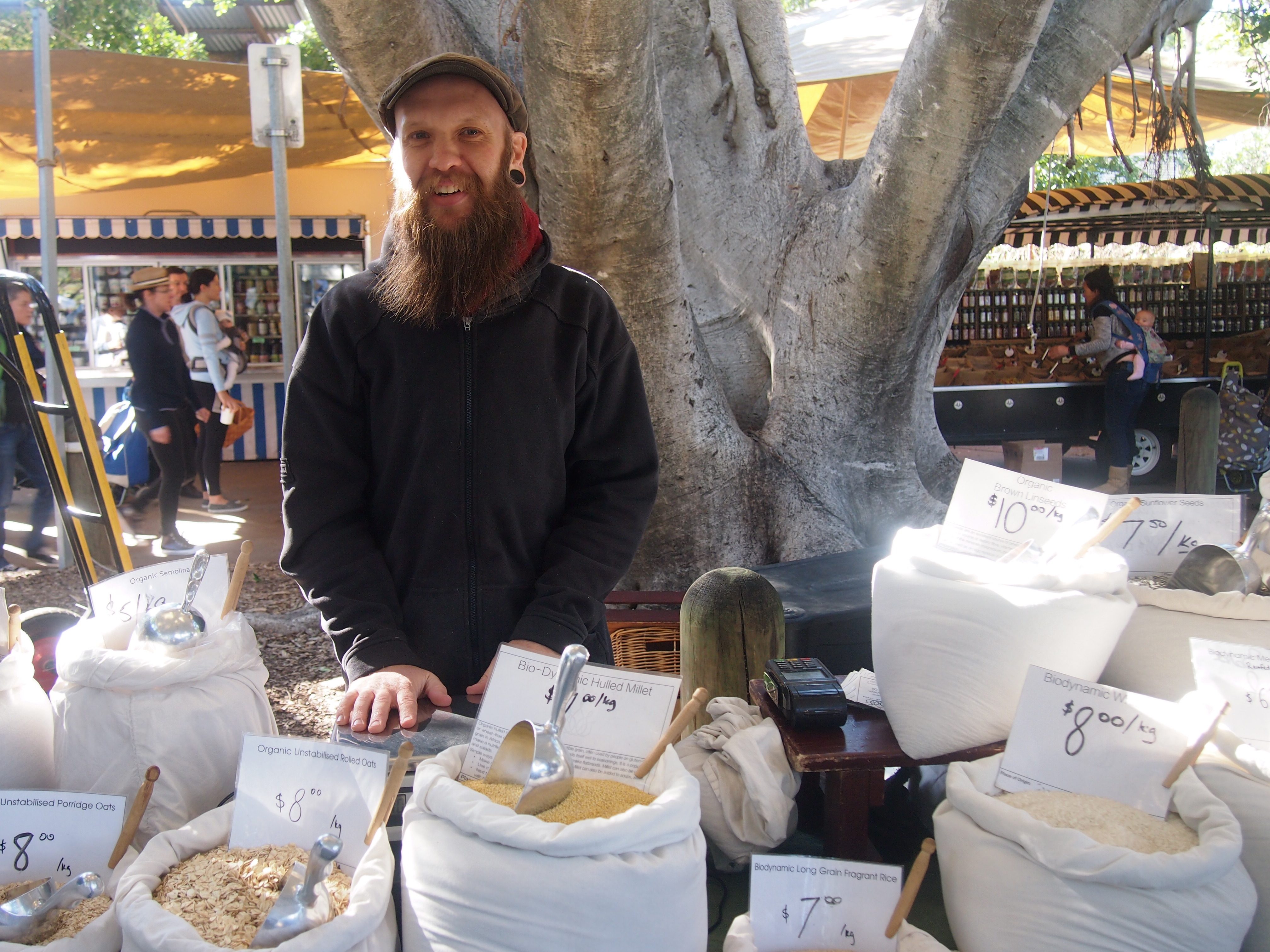 ?Be the change you wish to see in the world? is the sage advice from Mahatma Gandhi. Many of us are familiar with this well known quote, yet how many of us choose to act on it? Thor Svensen, founder of Sovereign Foods, is one such change-maker, creating a transparent local food network in the heart of Brisbane.

Thor first caught my attention last year when I saw him present at the Building a Fairer Food System Community Symposium. Hearing him speak about Sovereign Foods, his drive and determination for creating a fairer food system was palatable.

The seed for Sovereign Foods was planted after researching a food politics honours project on local food. This led onto a journey of discovery about Australia?s food system, including an inability to personally source grains and pulses that weren?t imported, or hadn?t been sitting in warehouses for lengthy periods of time. Recognising the need for more transparency in the food system, Thor sought to create one himself.

In 2015, Sovereign Foods was registered as a business and from the onset had widespread support from already established co-operatives in Brisbane. Thor highlights ?from the moment we started raising capital there was significant ownership from the community, who contributed to developing a healthy economy from the ground up.?

Sovereign Foods is a fantastic example of a fairer food system. All products are grown and produced within Australia in ecologically sound ways. Thor maintains excellent relationships with his farmers and producers and it is integral that they are all paid fairly. Products are sourced direct from the farm and these are distributed locally through established co-operatives or local farmers markets. Consumers pay a fair price for minimally processed grains and pulses, which are important staples in a health promoting diet.

Thor believes in ?the idea that people have a right to govern their own food,? hence food sovereignty underpins the work of Sovereign Foods. The Declaration of Ny?l?ni states ?food sovereignty is the right of peoples to healthy and culturally appropriate food produced through ecologically sound and sustainable methods, and their right to define their own food and agriculture systems. It puts the aspirations and needs of those who produce, distribute and consume food at the heart of food systems and policies rather than the demands of markets and corporations.? At its core, Sovereign Foods has built a community that governs the way food is produced, traded and consumed.

Thor highlights that one of the great things about Sovereign Foods has been the:

?incredible growth in a few years and the great community around us who believe in what we do. Most people really care about why we do what we do.?

As supporters of an economically and socially just, and environmentally sustainable food system, food citizens may be a fitting description of Sovereign Foods customers.

It?s been a whirlwind journey so far and Thor has no intention of slowing down. A commercial kitchen has just been installed at their Moorooka warehouse. From there they plan on delivering a range of cooking classes, including fermenting workshops. The kitchen is also a fantastic space for professional chefs looking for a space to let. In addition, Thor states, ?we?re aiming to value add produce and make our own retail line.? This is part of his five-year vision along with Sovereign Foods becoming a ?hub for a lot of different initiatives, and having a number of collectives and people working out of this space.?

If you live in Brisbane and wish to support a transparent food system, you can find Sovereign Foods at Davies Park Market on Saturday?s and Northey Street City Farm Organic Market on Sunday?s. You can also stock up on their locally sourced and sustainable flours, grains, pulses and other pantry goods through their online shop. If you?re interested in getting involved in a community buyers group, or setting one up in your local area they are happy to help. Thor believes, ?the co-op model works really well with Sovereign Foods and there are many benefits.? Through this model, Sovereign Foods ?is trying to get as close to the end consumer as possible because co-ops don?t add a surcharge. They allow the best price for the grower and best price for the consumer.? For change-maker Thor, his ability to create a viable alternative to supermarkets, by cutting out retailers and keeping costs low is a huge success within our current global food system. Click here if you?re interested in learning more about Sovereign Foods.