Reflections on the 2018 Urban Agriculture Forum 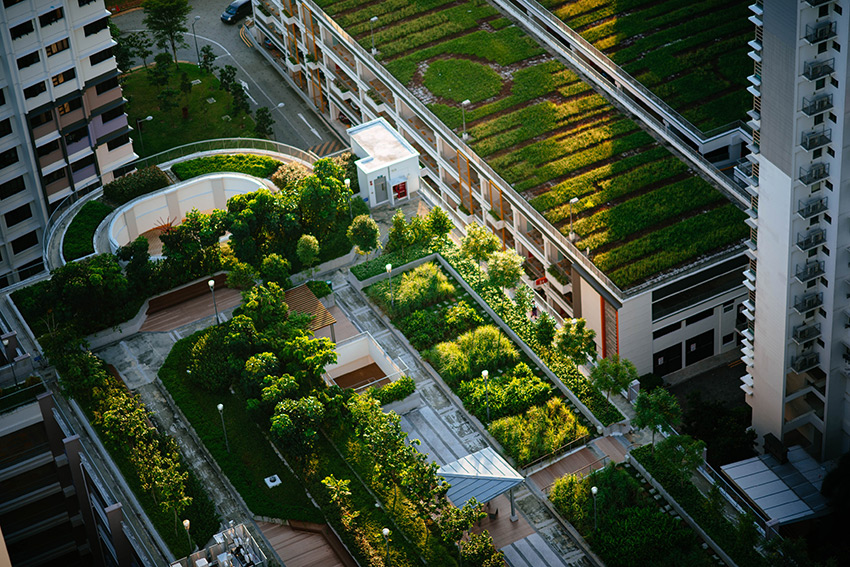 After returning from the Urban Agriculture Forum last month in Melbourne, I?ve put together some reflections on this fantastic event. We don?t often associate cities with growing food, so I?ve also included a brief explanation of what urban agriculture is, and the importance of it in building healthy, sustainable, resilient and thriving cities.

?From Resilience to Liveability? was the theme for the two-day Urban Agriculture Forum, hosted by Sustain: the Australian Food Network and the William Angliss Institute in Melbourne on 23-24 February 2018. As always, it was a pleasure to be in Melbourne for a few days. A city with ample examples of urban agriculture initiatives, projects and policies; implemented and supported by local community groups, schools, local governments, and not for profit organisations, among others. Yet, like most cities, it contends with ongoing urbanisation and this continued population growth, development and urban sprawl, results in the progressive loss of productive agricultural land in, and around the city.

With a packed attendance of 250+ participants, the extensive program catered to a varied group of people including gardeners, academics, advocates, health professionals, entrepreneurs, chefs, planners and more.?? Addressing everything from urban agriculture principles through to practice and policy, delegates had the option to choose from a diverse range of concurrent sessions across the two days, as well as an exceptional array of panels and plenaries.

Some of the key themes from the forum included a focus on how we build cities and suburbs that are food secure and resilient, how we utilise policy to create healthy and sustainable local food systems, the governance of urban agriculture, practical application of growing food both in backyards and public urban spaces and community connectivity through local food production.

Dr Lenore Newman from the University of Fraser Valley in British Columbia provided an excellent keynote for the forum, sharing her learning?s of a unique peri-urban initiative: the Agricultural Land Reserve (ALR), near Vancouver. Considered the most progressive legislation of its time when it was passed in 1972, it aimed to protect land with the most fertile soil for the purpose of agriculture only. The ALR is a highly productive area, with both intensive and small-scale farmers producing for both export and local markets. As Lenore stated ?when we protected farmland it gave us the great opportunity to do other stuff?, which saw farmers creating diversified businesses and farm landscapes ranging from market gardens, microbreweries, alongside large scale industrialised farms. Despite the huge success the ALR has had, the constant threat of land speculation and the removal of land by local, provincial and federal governments for various infrastructure and utilities; is ongoing. An independent commission, however, administers the ALR and this has provided an additional layer of protection against change in governments and the call of developers.

An exciting element of the program was the Ideas Harvest. This was dedicated to open-space, participant led discussions on a range of topics that were crowd sourced on the first day. The Ideas Harvest provided an opportunity for sharing knowledge, learning?s and encouragement, and brought testament to the fact that groups harness a power much greater than individuals alone.

Other highlights include the food (of course), which was delicious, nutritious and sourced from local Victorian farms, catered for by the Melbourne Farmers Markets. As always at events like these, opportunities for networking were aplenty, and conversations and connections flourished in the breaks. The two-day event concluded with a collective brainstorming session on “The Melbourne Statement”, to be used as a call for action on the Victorian State Government to support greater investment in localised food systems in Victoria.

So what exactly is urban agriculture and why do we need it?

In 2016, over 50% of the world?s population lived in cities.?? This is projected to increase to 60-80% by 2050, according to the UN. The need to look at how cities feed themselves is not a new phenomenon. Cities generally consume, not produce food and this increases their vulnerability to food security.

In the face of climate change, linked with an increasing incidence of extreme weather events, cities are particularly at risk of being cut off from their food supply due to cyclones and floods. A real and relevant threat, experienced by Brisbane residents when the city?s Rocklea markets flooded in 2011. Climate change is merely one risk to a cities food security. For certain population groups (5% of the Australian population and 20% of the Aboriginal and Torres Strait Islander population), their susceptibility to food security is much greater than the threat of natural disasters (note: food insecurity is not unique to cities alone). Food security is diminished when there is limited access to, and availability of nutritious and affordable food.

The FAO states that urban agriculture is ?the growing of plants and the raising of animals within and around cities.? A number of councils, many of which are in Melbourne, recognise the role urban agriculture plays in increasing urban resilience in a changing climate, and improving food security in our cities. However, the benefits of urban agriculture and a local food system go far beyond this. Councils are cognisant of the wide-reaching benefits, including building businesses and local economies, generating local employment, enhanced community participation, increased social connectedness and enhanced environmental outcomes, enabling councils to achieve various objectives including building communities, health and wellbeing.

Within the broader context of food systems change, urban agriculture and urban food policies are merely one part of the solution. It would be unrealistic to expect that urban agriculture alone, will feed burgeoning cities. Yet, without a doubt it plays an essential part. The Urban Agriculture Forum shone the light on the multitude of benefits urban agriculture provides, and the ways in which we can push for creating more food secure and resilient cities. As Dr Nick Rose, Executive Director of Sustain states, ?Cities feeding themselves in an idea that can change the world. An idea whose time has come??