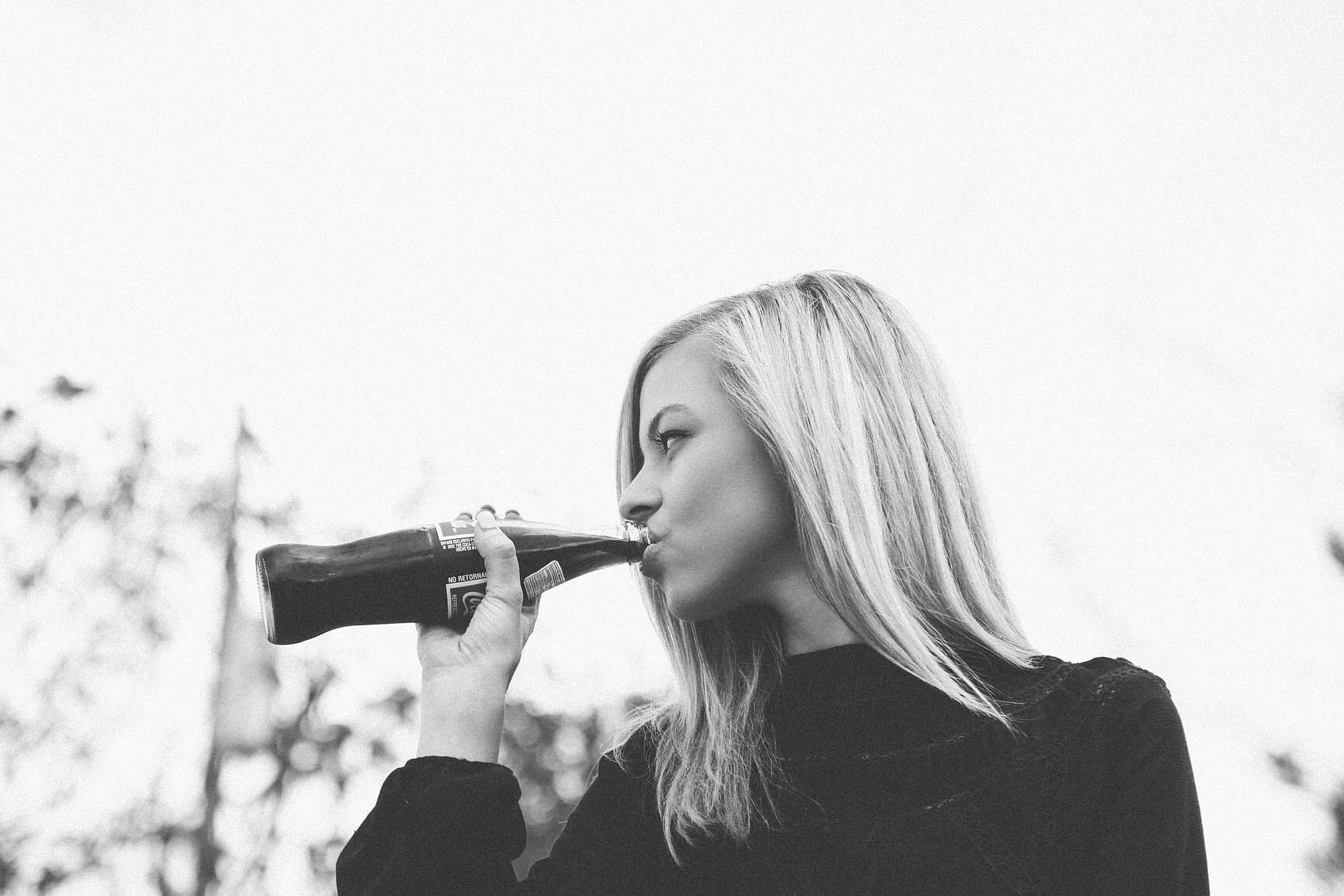 Taste the feeling. You can visualise it can?t you? That iconic bottle of fizz. It provides so much more than just an ability to quench ones thirst. It provides happiness, joy, sexiness?. but wait? Does it really? The psychology applied to marketing soft drink is fascinating and mind blowing. The manufacturers sell us a certain ?lifestyle? and they do it very effectively through getting to the core of our emotions. We are led to believe that our lives will be extraordinarily better when we drink one of their beverages. But are they really?

In Australia currently, two in three adults, and one in four children are overweight or obese. The Australian Health Survey conducted in 2011-12 found that one in three adults consumed sugar-sweetened beverages in the 24 hours prior to the survey. The good news is that consumption of these beverages has decreased over the past two decades; however, sugary drinks are still consumed in significant quantities by a large part of the population, including people who experience greater social disadvantage and Aboriginal and Torres Strait Islander people.

I acknowledge that sugary drinks are only part of the problem when it comes to Australia?s burgeoning waistline. In fact, some have estimated it to contribute about ten percent to obesity rates. However, there is no denying that the consumption of energy dense foods and drinks contributes to the rising trend of preventable chronic disease, which is placing huge costs on individuals and to society as a whole. ?So what can we do about it?

When presented with the facts, which the Grattan Institute report does so well, taxing sugary drinks (or sugar-sweetened beverages) seems like a desirable policy option to curb this trend. Recouping some of the third party costs associated with obesity would be one of the main purposes of the tax. Reducing consumption of sugary drinks is also an intended goal, since it?s been shown that price can effectively leverage how much sugary drinks people consume.

The evidence around taxing sugary drinks is not new. WHO released a comprehensive report in 2015 highlighting that consumption of sugary drinks would decrease following an introduction of policies that lead to at least a 20% increase in the retail price. Many countries are already taking this approach to positively influence health, including Mexico, Barbados, Chile, UK and France and some parts of the US. This is a significant step, and encouraging to see governments utilise taxation and subsidy strategies to address this global issue.

In Australia, the Obesity Policy Coalition (which comprises 100 of Australia?s prominent health researchers from 53 organisations), recently released a comprehensive policy brief outlining a 47 point plan to tackle obesity. Nationally, implementing a health levy on sugar-sweetened drinks was one of the priority policy recommendations to tackle obesity and create healthier food environments. However, it?s clear our government believes it?s doing enough to address obesity and that taxing sugary drinks is not an option worth considering.

A common theme that comes through again and again when we have this debate is that people should take personal responsibility for what they eat and drink. The Australian Food and Grocery Council (AFGC) are strong advocates for this approach, which was highlighted again when the sugar tax was discussed in the media recently.

The AFGC are the peak body representing the food manufacturing sector in Australia. They are a powerful player in the food system and utilise various strategies to influence policy both internally and externally. One of the great challenges with getting taxation strategies over the line in Australia is dealing with these powerful players.

Managing public outcry is also a significant challenge. Whenever changes like these are proposed there is a belief that the government is being overprotective or interfering excessively. For those people, I ask you to reflect. Did you also feel this way about the changes to tobacco policy? When does something have to become so iniquitous to one?s health, that we invest in preventative measures for the sake of the entire population?

In a world where there is cheap food, and lots of it (for a significant part of the population), they are left to grapple with so many external forces that leaving it up to an individual could be seen as personal liability. And yet for others improving the environment in which we live and making it easier for people to choose healthier choices is indisputable. Sadly, a thriving market economy is not the answer to combating the obesity crisis in Australia. We need a multifaceted approach and taxation and subsidy strategies are part of that approach.

Where do you draw the line? What do you see as suitable options for the government to regulate and when do you feel is it totally unacceptable?