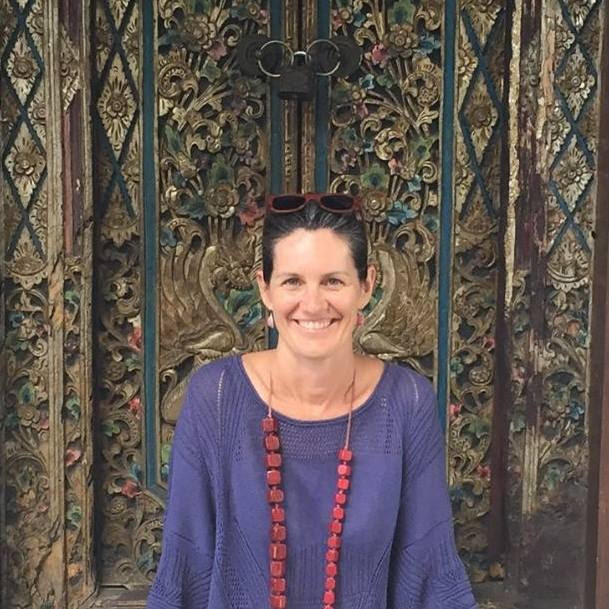 “You never change things by fighting the existing reality.
To change something, build a new model that makes the existing model obsolete.? – R. Buckminster Fuller

Emma-Kate Rose is well versed in advocating for change as part of Australia?s fair food movement. She has worked in this space for many years and has witnessed change in many forms, since her initial appointment as the General Happiness Manager of Food Connect in 2011. Together with her city cowboy, Robert Pekin, their vision is to see a highly distributed, highly participatory network of small place-based community food enterprises across Australia. Her passion in transforming people?s attitudes from an individualistic outlook on life to a more community minded outlook fuels this vision.

Reflecting on her passion Emma-Kate states:

“How can we do things using food as a vehicle to get people closer to the understanding that they aren?t just one person but are part of a bigger picture, and that they have a real meaningful contribution to make in this space??

The Food Connect Foundation, of which Emma-Kate is Director, is powering this vehicle. Founded in 2009, the Food Connect Foundation is an innovator in the rise of a new food economy. It has many cogs in the wheel, one of these being the award winning Food Connect Brisbane (FCB). FCB is a food distribution social enterprise comprising multiple farmers, with an innovative community-based distribution system. Through an online subscription service, customers purchase weekly boxes of fresh, seasonal, ecological produce that has been sourced from local farmers within a 500-kilometre radius of Brisbane. ?The boxes and/ or additional extras are then delivered through its unique distribution system called the City Cousin network. FCB also supplies many bulk buyer groups in South East Queensland using wholesale prices to access local food more affordably.

Emma-Kate acknowledges that this distribution system is a hybrid model of the well-known community supported agriculture (CSA) system. ?The hybrid model made more sense in Brisbane. We call it community shared agriculture, since we want the farmers and consumers to share responsibility towards making a great food system.? This hybrid model inspired similar enterprises elsewhere including Food Connect Sydney (recently bought by Ooooby), CERES Fair Food and Bello Food Box.

Food Connect aspires to democratise the food system by increasing transparency, enhancing participation and providing opportunities for connection. One way they do this is by facilitating a unique connection between the farmer and consumer. This is achieved virtually through connecting online with all of the farmers who supply produce to Food Connect, or in person through regular farm tours. As the urban-rural divide increases, so too does the disconnect with our food and where it comes from, so this connection benefits both farmers and consumers. Emma-Kate states ?with suicide rates three times higher in rural areas, it?s integral to break the isolation faced by our food growers. Farmers love being acknowledged and appreciated for what they do. You can see it in their eyes.?

At the heart of Food Connect’s ethos is that farmers are paid fairly for their produce. Generally, the leading retailers pay farmers, on average, 11 cents in the dollar – often well below the cost of production. In contrast, Food Connect farmers are paid forty cents in the dollar, essentially by cutting out the many middlemen in the supply chain. ?The price is set with the farmer based on what their true costs are,? Emma-Kate emphasises.?? Additionally, all Food Connect farmers know what their fellow farmers are paid, which has helped them to move away from a mentality focused on competition to one of cooperation. This also helps facilitate a shift away from the ?get big or get out? mantra often preached in agriculture.

With grand plans on the horizon, the Food Connect warehouse in Salisbury is set to become a buzzing food hub in 2018. Inspired by similar models in the United States, the vision is to have 20 food enterprises under the one roof, attracting a local community of like-minded citizens and consumers who are interested in sourcing locally produced food and creating a resilient local economy. There will be established kitchens with equipment, shared infrastructure, including printers and office space. The food hub will have food businesses, a people?s supermarkets selling fresh produce plus value added products made onsite, and also include a caf?, bar and event space.

Emma-Kate discusses how the food hub would like to be part of the solution in addressing food insecurity in the area:

“We?re 12 kilometres from the CBD, and it?s in a location where we know we can easily reach out to lower socioeconomic suburbs which are classified as food desserts, and for those areas to be able to be serviced to enable them to access really good quality, affordable food. We aim to develop educational programs including food literacy and cooking skills workshops, engaging with the community on a level where we?re helping people skill up for the future.?

Emma-Kate?s vision is to see similar models replicated elsewhere across Australia. She states, ?we believe we can create a viable alternative for rural areas, post coal, to be able to start creating their own enterprises and food economy and we think this is the best model to do that.? There has been a growing movement of food hubs in the US and this is slowly gaining traction in Australia. Emma Kate believes ?this has the potential to change communities across Australia to develop their own place based and unique ways of doing a food economy, which is highly distributed and networked and highly participatory, in terms of decision making and investment.??? Backed with the right systems and ethical principles, together with local government support, this model has the potential to be easily replicated around Australia.

In a food system where two supermarket giants dominate the retail market in Australia, it?s inspiring and exciting to see the Food Connect Foundation build a new model. A model that puts a fair price for farmers at the heart of it. A model that allows consumers to become active participants by supporting local businesses and local growers. A model that enhances connection and fosters a greater sense of community. As R. Buckminster Fuller states ?You never change things by fighting the existing reality. To change something, build a new model that makes the existing model obsolete.? May this hold true for Emma-Kate and the Food Connection Foundation.