A Day on the Farm at Echo Valley 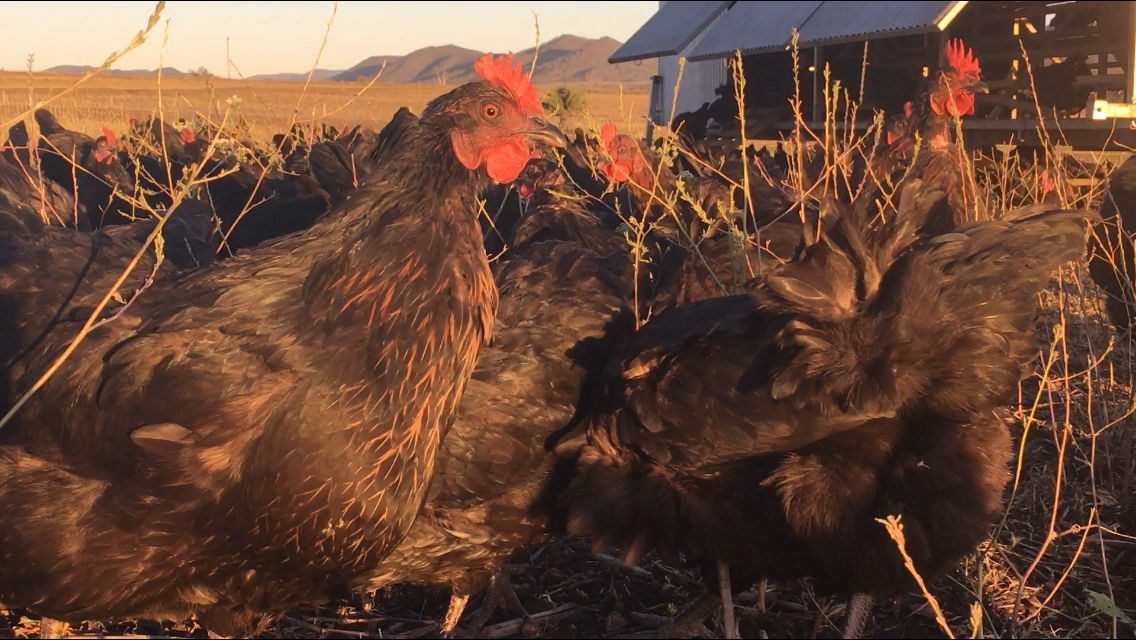 We?ve been Echo Valley community supported agriculture (CSA) members now for six months and when the chance came to attend their Spring Farm tour last weekend to learn more about their farming practices we jumped at it.? We booked to stay in a cottage in Goomburra, which was close to the farm, and after a two-hour drive from Brisbane, we arrived just as the sun was setting on Friday night.?The tour was on Sunday morning, which meant we had time to explore the surrounding area on the Saturday, enjoying time in the countryside with nothing to do and nowhere to be.

We arrived at Echo Valley Farm at 9am on Sunday and it was lovely to be greeted with open arms by Juanita and Randal.? I?ve had many brief chats with Juanita when I collect the CSA box once a month so I knew a little bit about their farming journey but I was keen to find out more.

With a hot cuppa and iced cinnamon buns waiting for us in the farm shed, we were instantly made to feel at home before the tour began.? Once everyone had arrived, Randal started by introducing us all to the 4 ?good? principles they developed when they bought the farm four years ago.

Good for the animals.

Good for the land.

Good for the farmer.

Good for you and me, the eater.

These principles guide all the decisions Randal and Juanita make on the farm.? What this means is that the health and wellbeing of the animals is the number one priority. ?They are all naturally free range and regularly moved to prevent the spread of parasites and diseases. Next, they do things on the farm that prioritise regenerating the soil and landscape, which promotes biodiversity and resilience.?No chemicals are used on the farm and they utilise ?no-till, no-kill? diverse pasture cropping techniques in order to produce additional livestock fodder as well as seasonal hay.? Third, they decide whether it?s good for them.? Given they work 180 hours a week between them it?s clear these decisions aren?t to do with their work life balance.? And lastly, is it good for us.? The customers I spoke all agreed that the taste and quality is exceptional and unlike anything they?ve ever had before so I?d say it?s definitely good for us.

Next we headed outside to see the chickens, cattle and pigs spread over the 300 acre property, and Randal shared at length, the farming practices they use on the farm and the reasons they do what they do.? It?s difficult for me to even start to do justice to the knowledge and wisdom that Randal imparted with us all that morning.? What did come through was that the animals and landscape are to be complementary in everything they do.? Randal stressed that the regenerative farming practices they use on the farm, seek to add into the landscape and environment to improve it, and not take from it.? The ultimate aim at Echo Valley is to build resilience over productivity.? It?s the resilience that will allow them to survive.

As the midday sun came beating down, we sought shelter in the farm shed and feasted on a delicious buffet lunch of beef brisket, pork belly and a range of salads that Juanita had made.?With full bellies and a contented heart, we headed back to Brisbane, grateful to have spent time with the people who lovingly choose to grow and produce our food in an ethical and ecologically sound way. ?In our house we?ve chosen to eat less meat and value it more.? After seeing the incredible system that Juanita and Randal utilise on their farm, you realise that you?re not just paying for the meat, you?re paying for them to raise animals that are looked after and well cared you, you?re paying them to restore and nurture the soil and the land on which they farm.? And a little bit extra pays them.? As they said when I first met them, ?you don?t become a farmer to become a millionaire.??But you do become a farmer if you want to be a custodian of the land and Randal and Juanita are doing an incredible job that future generations will be immensely grateful for.